Choose a race. Create a team. Run your city!

Congratulations to all runners that took on and completed the fifth Bloomberg Square Mile Relay in Dubai! - check out the full results here.

Over 100 teams from the city’s biggest businesses took to the start line but it was Emirates Steel that took the title, completing their 10 laps of the one-mile course in a time of 1:00:48 to lift the coveted trophy and become the ‘fastest firm in the city’!

This year the Bloomberg Square Mile Relay will take place in twelve cities across the world, including, Dubai, Mumbai, Sydney, New York, Tokyo, San Francisco, Sao Paulo, Beijing, London, Shanghai, Singapore and Hong Kong! The baton is now being handed to Mumbai who race on 6th March, but challenge your international counterparts and see who can run their city the fastest! 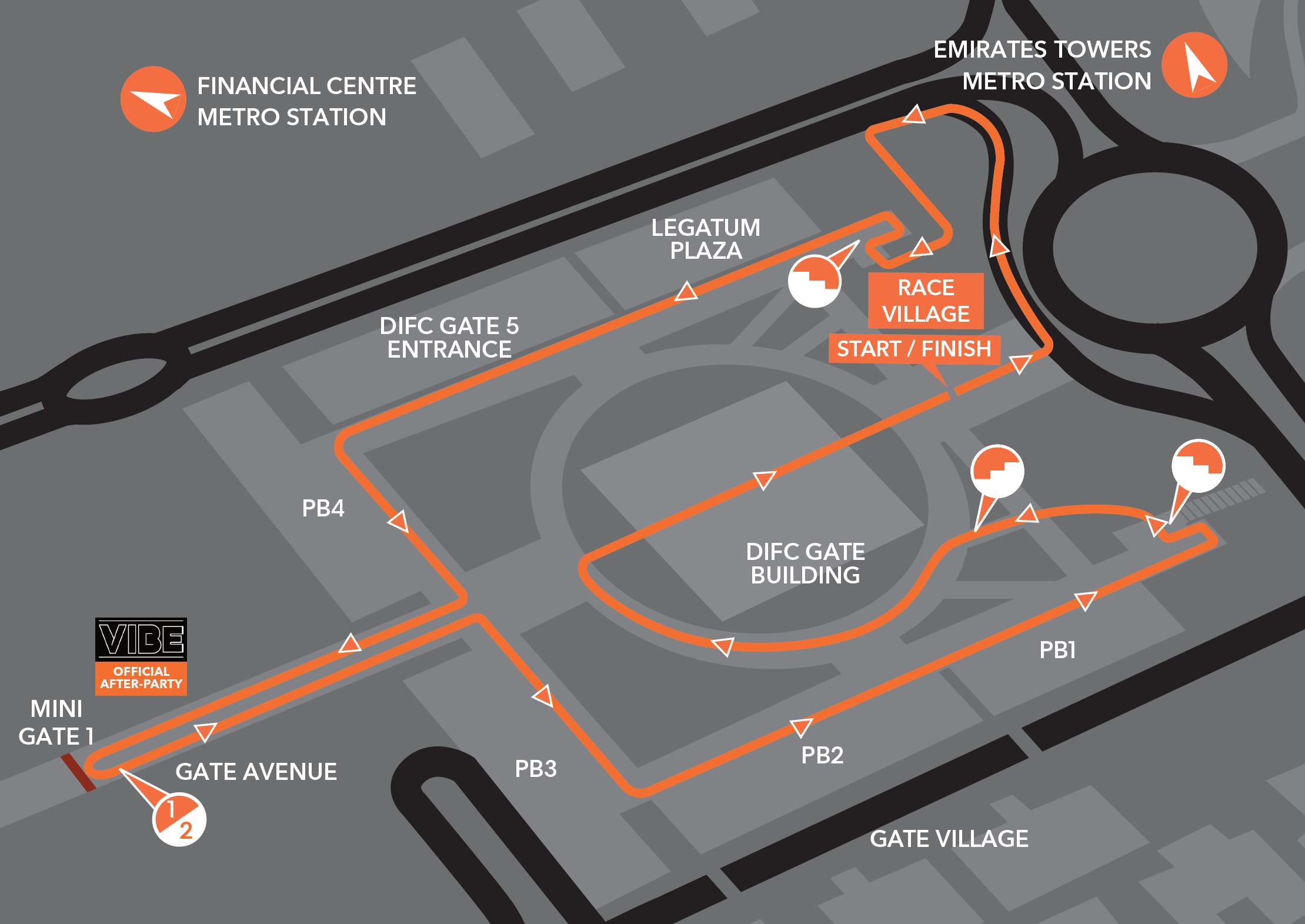 Set amidst the Dubai International Financial Centre (DIFC), runners challenge each other for position as they navigate tight turns, sharp bends, and flights of stairs on this unique one mile (1.6km) route, synonymous with the Bloomberg Square Mile Relay. The stunning skyline provides a dramatic backdrop to the race course that challenges returning runners on the start line, but also offers a unique, fun and exciting race for first-time participants.

Official After Party at VIBE, The Avenue

Check out the highlights from this year's race: 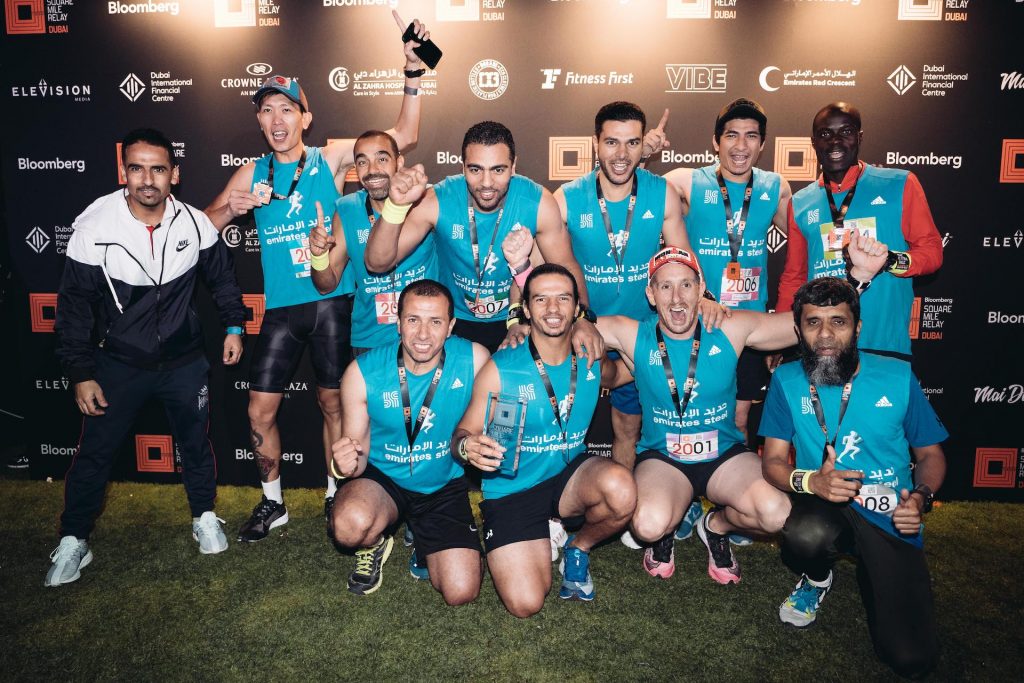 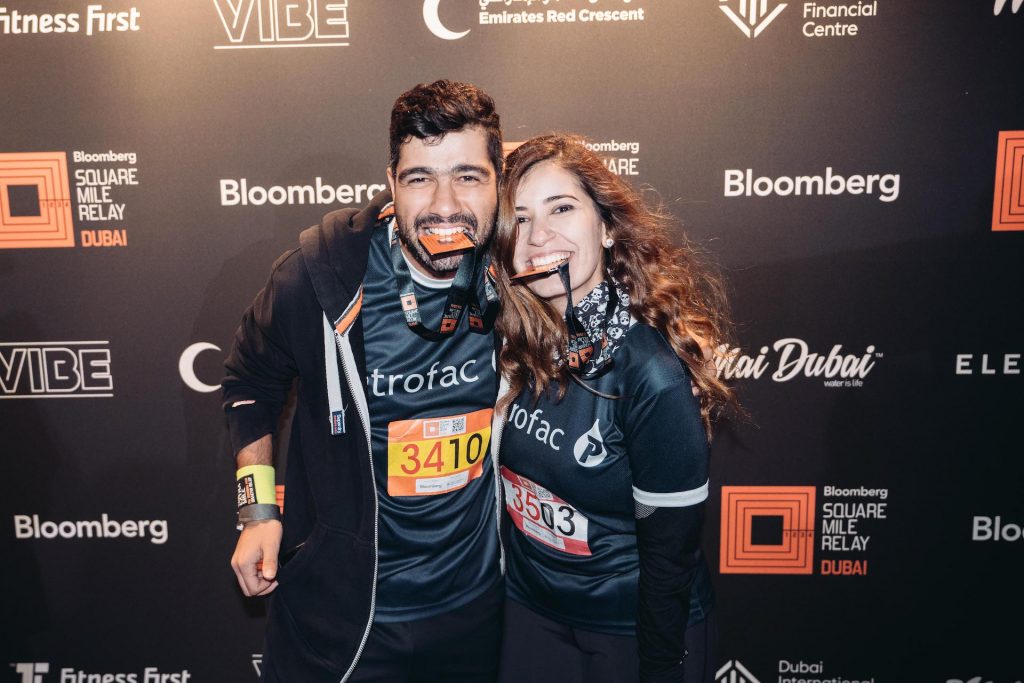 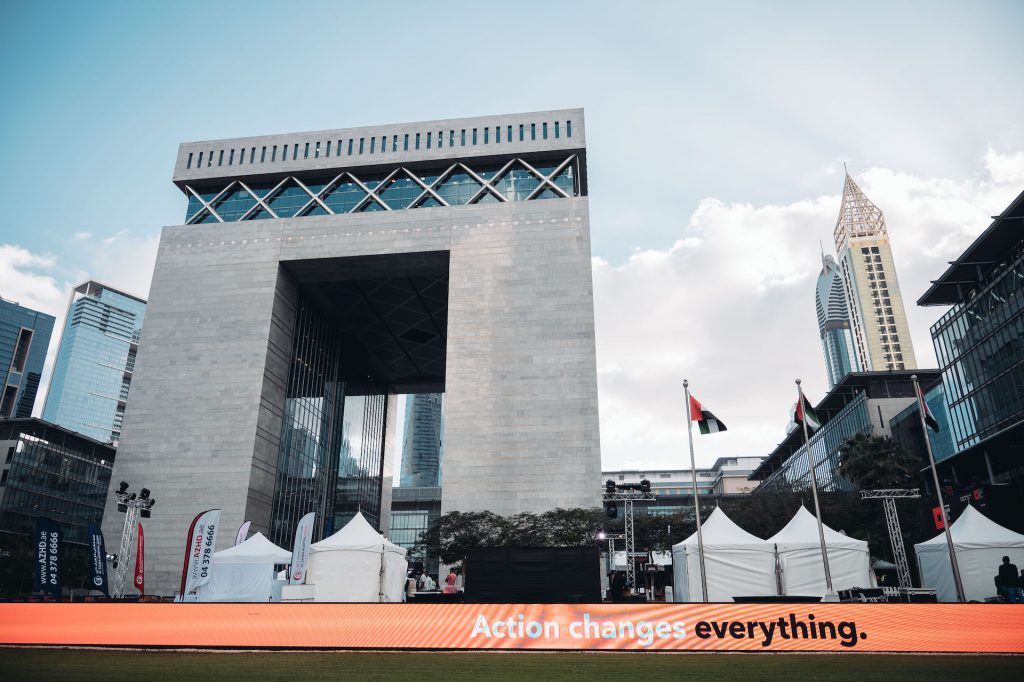 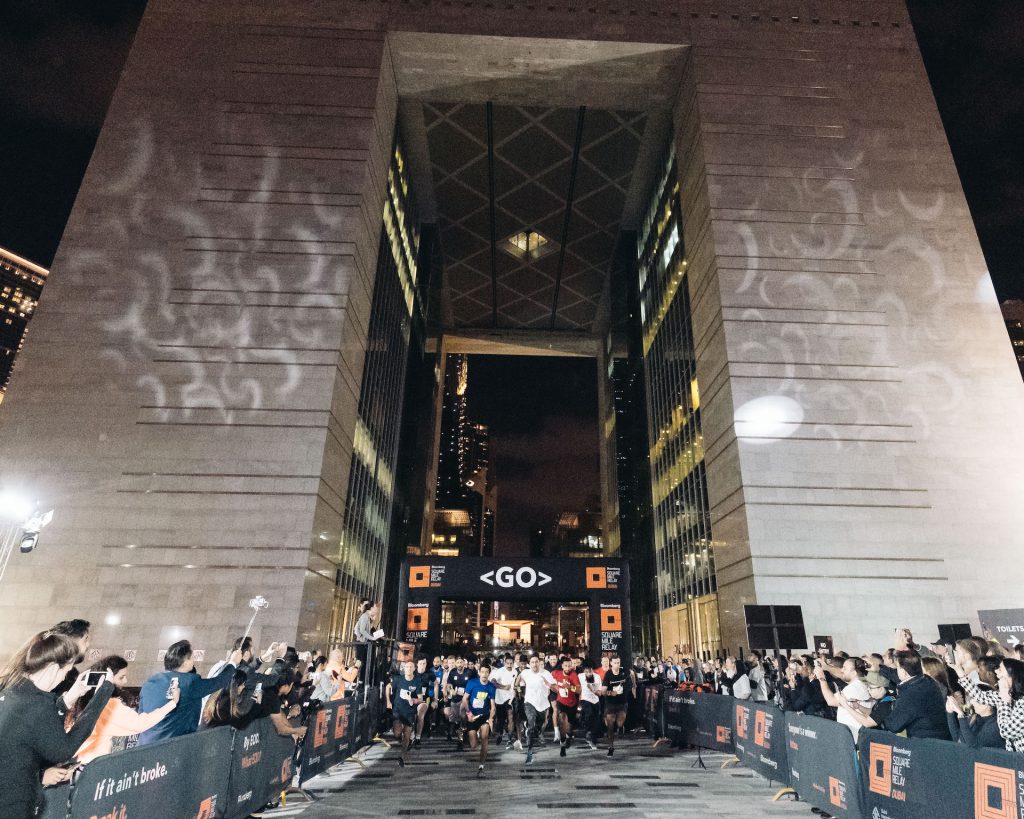 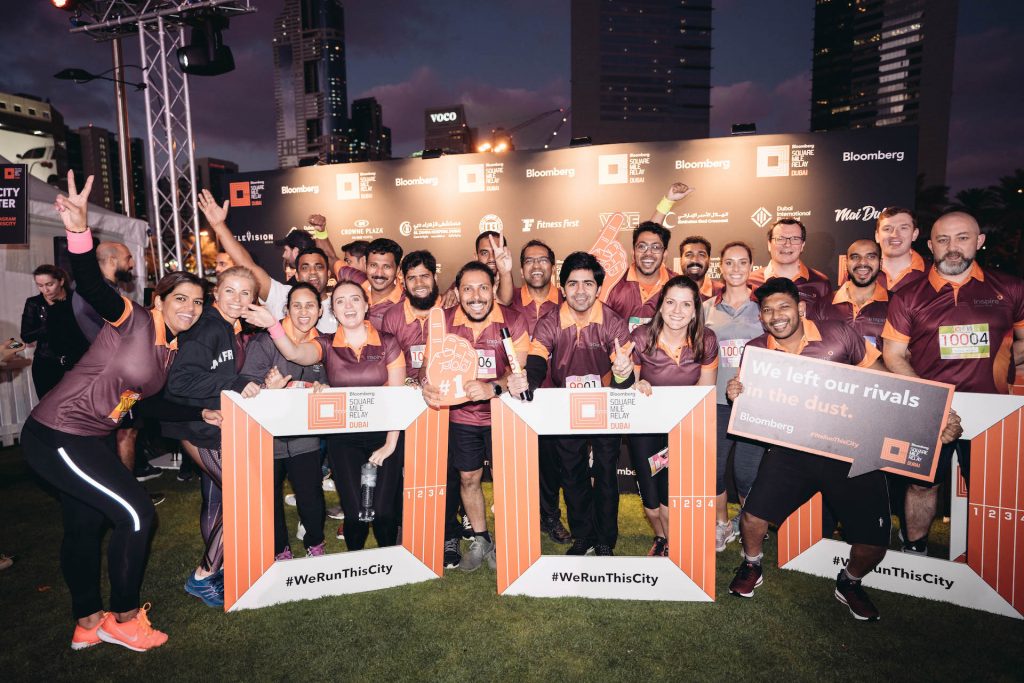 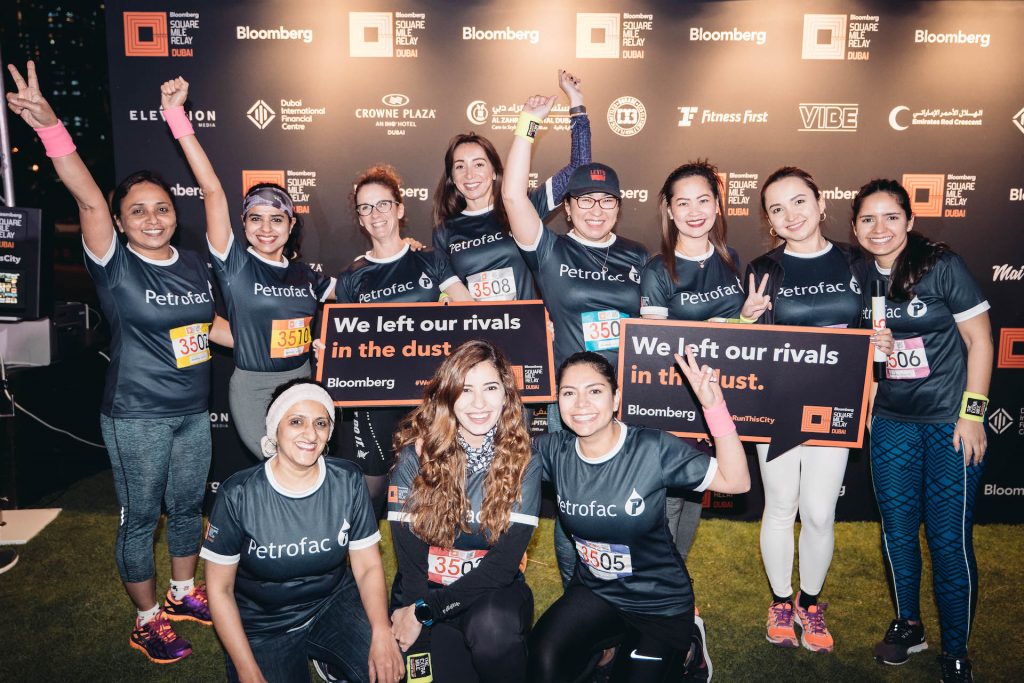 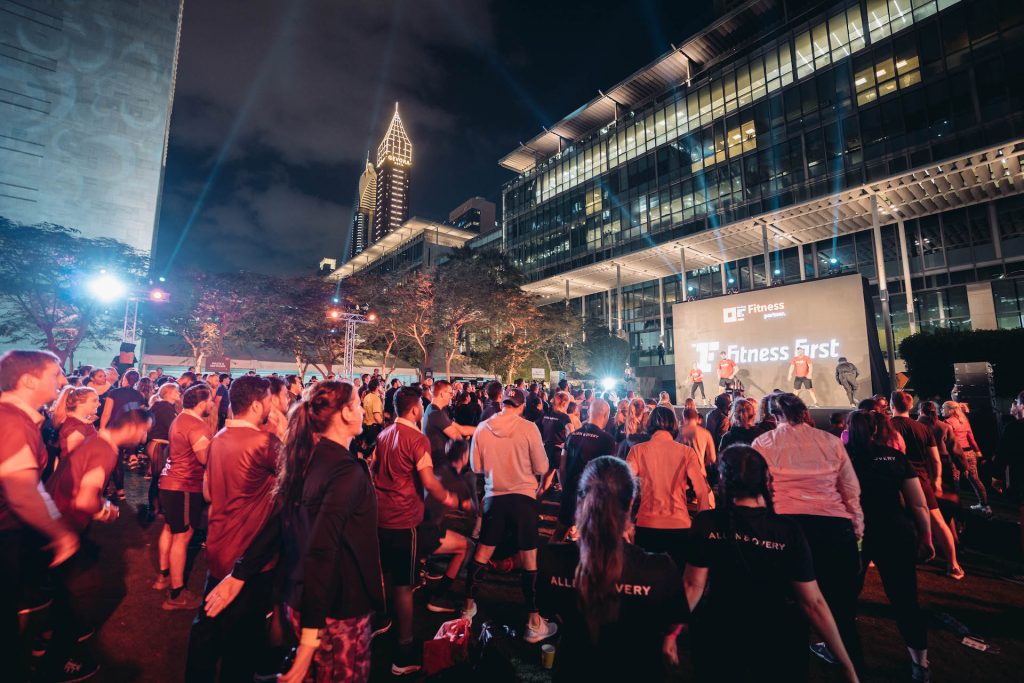 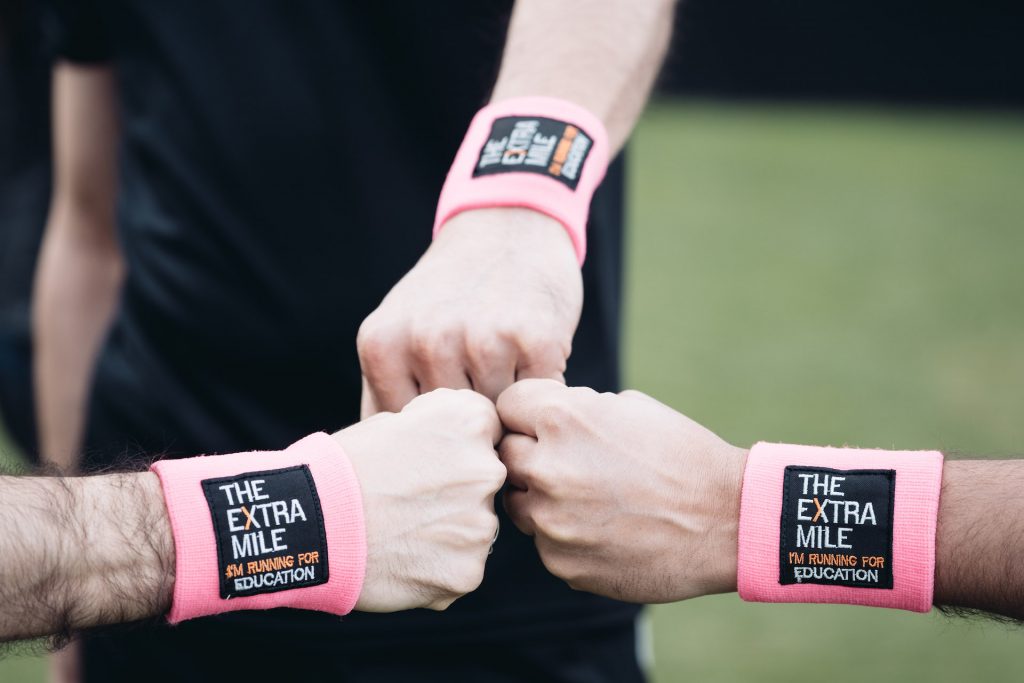 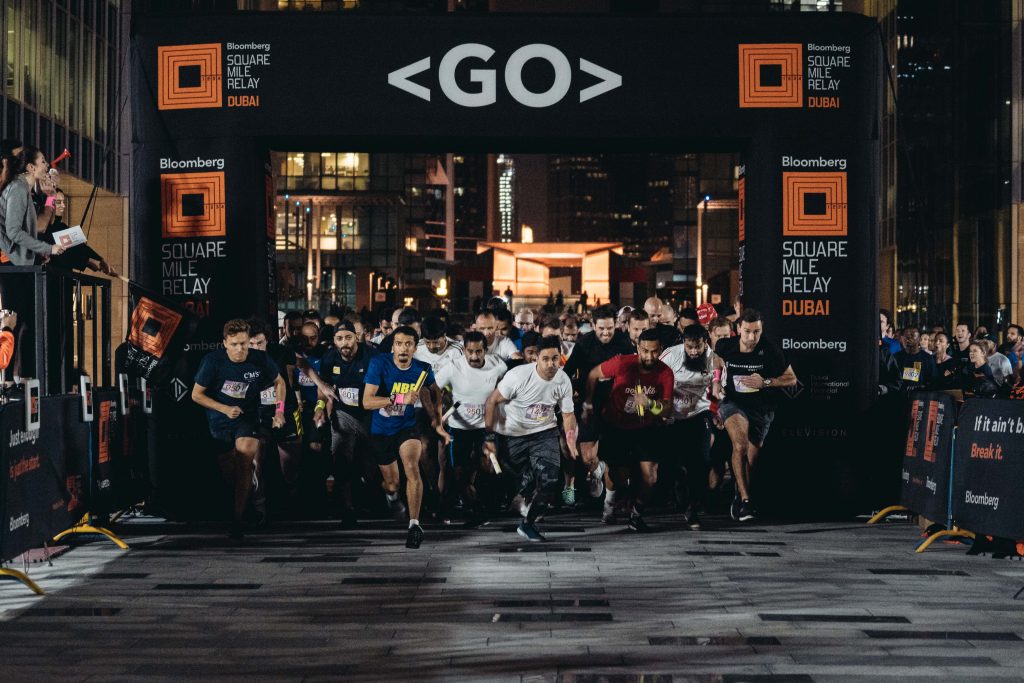 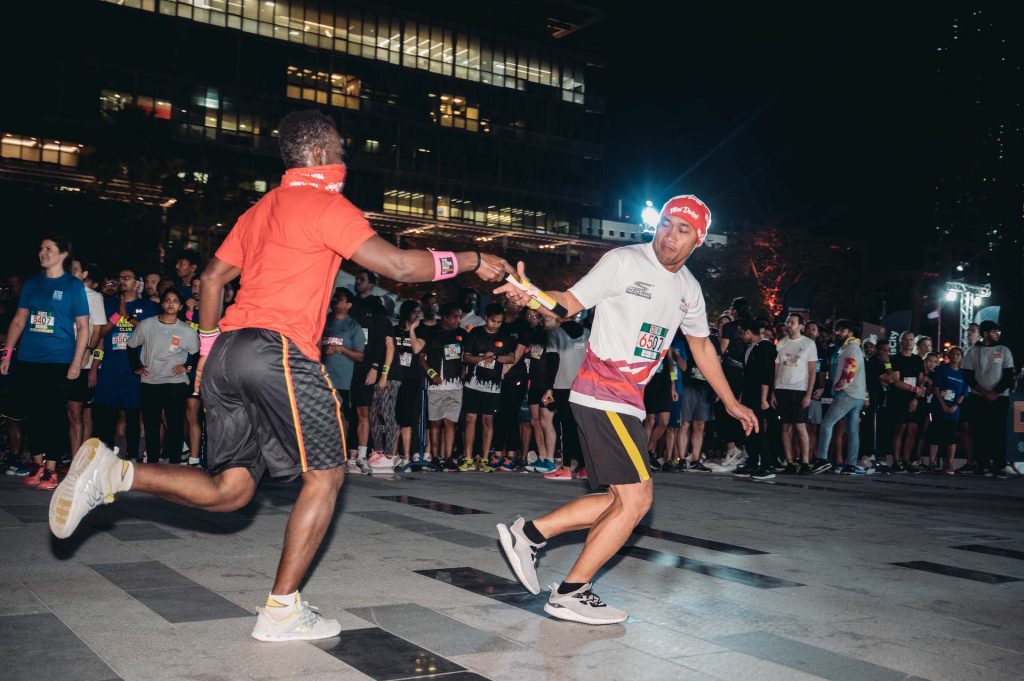 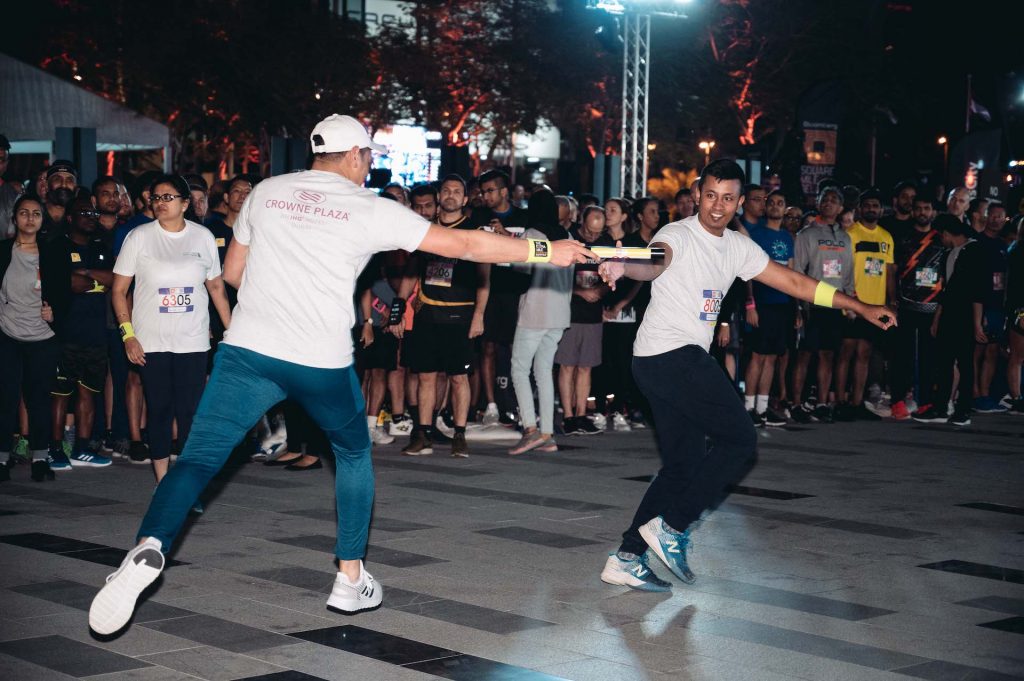 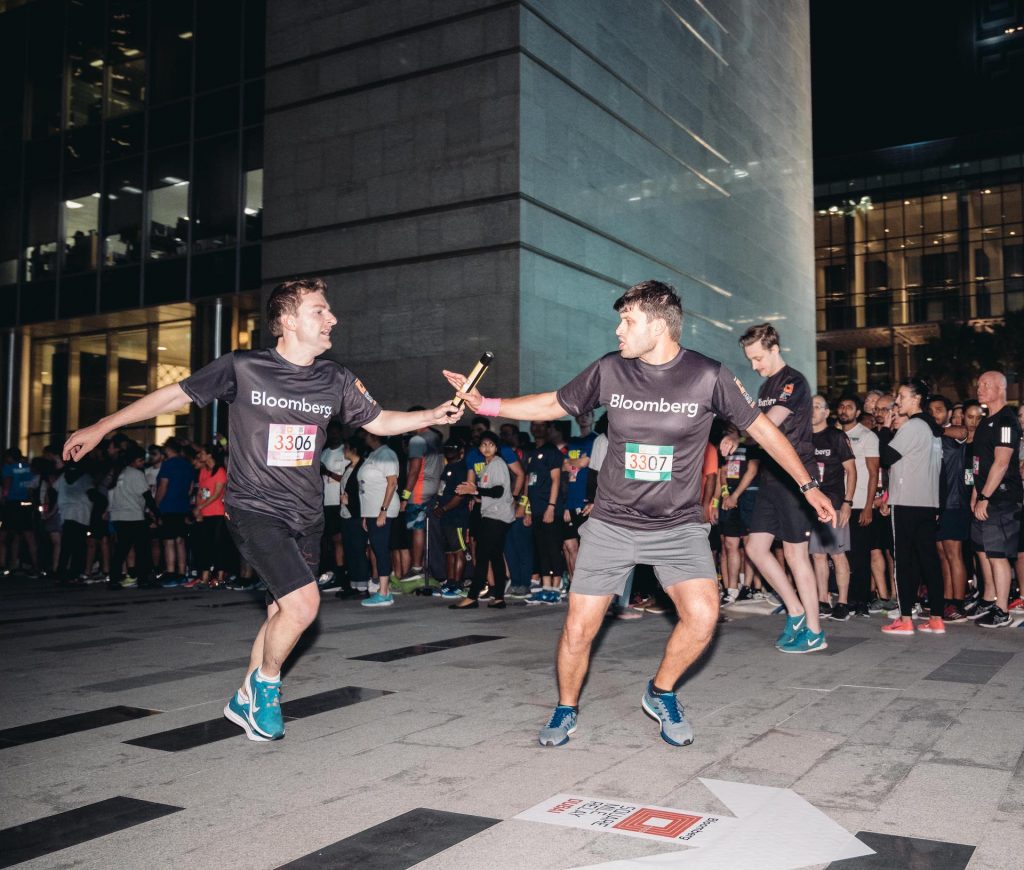 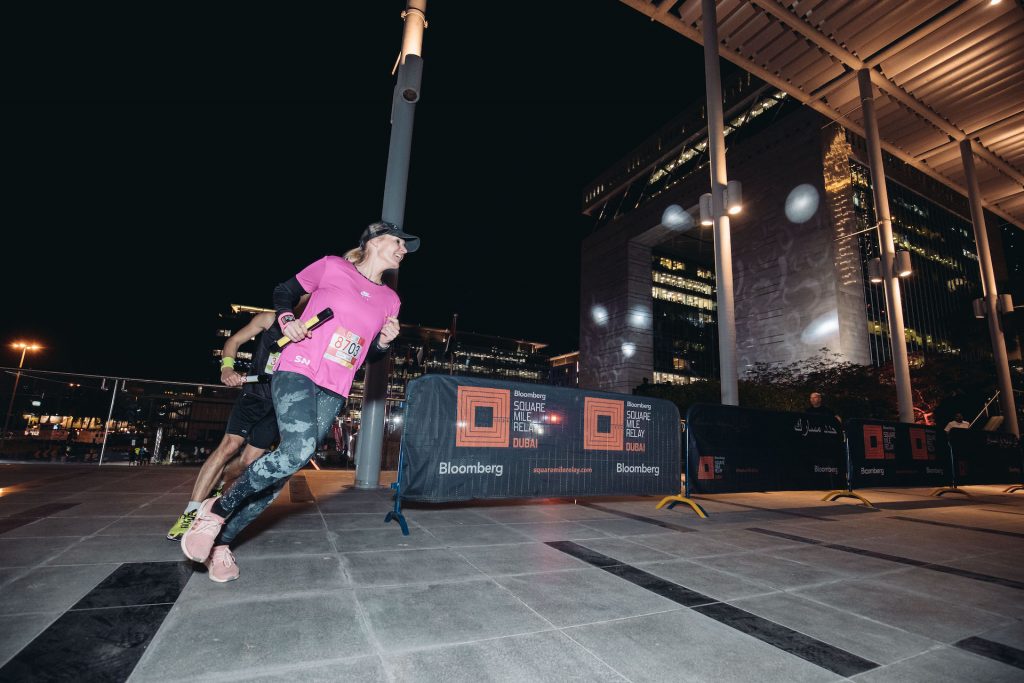 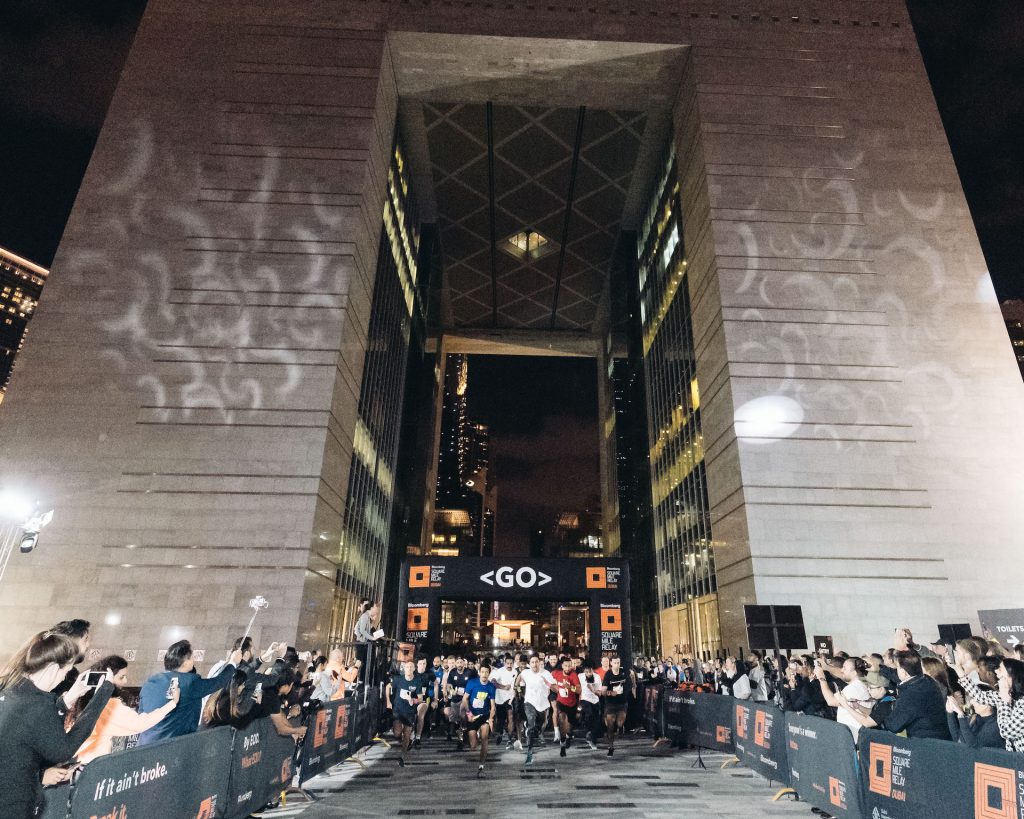 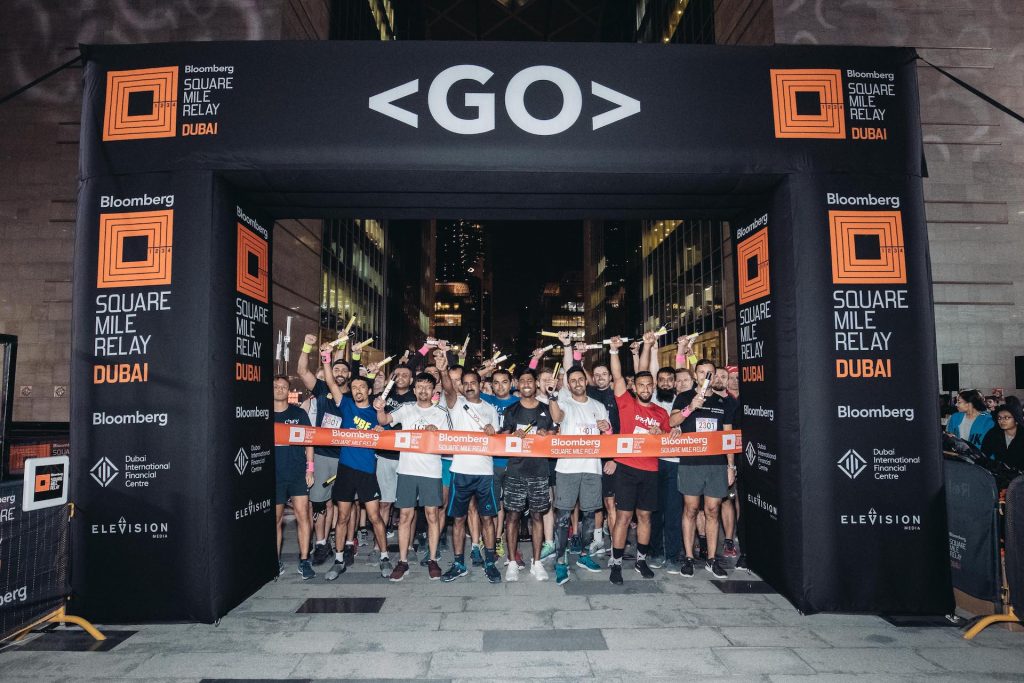 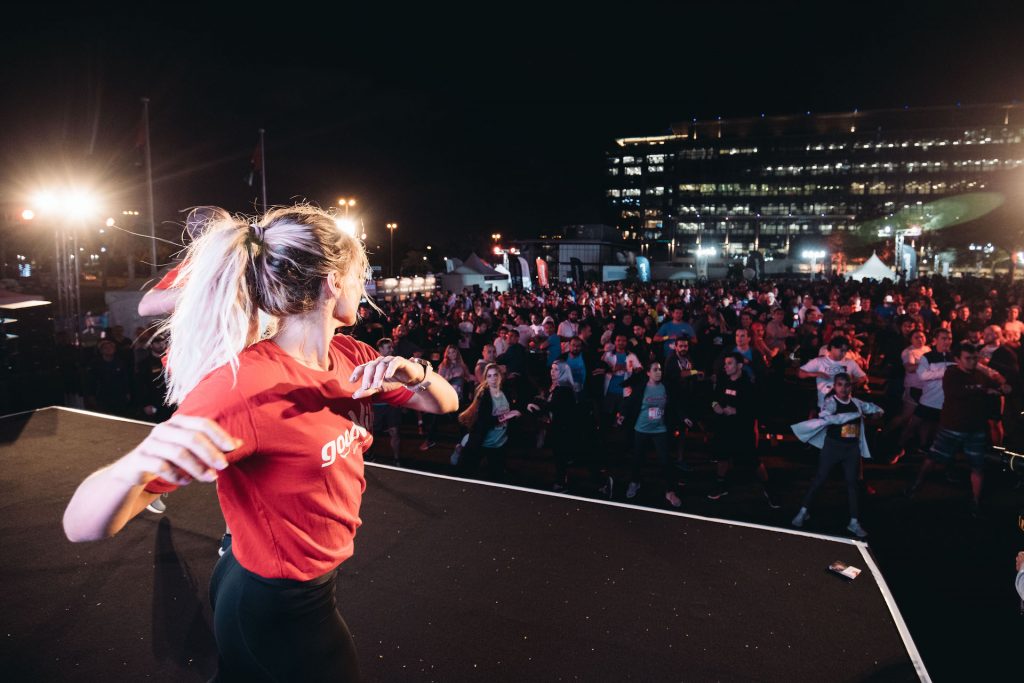 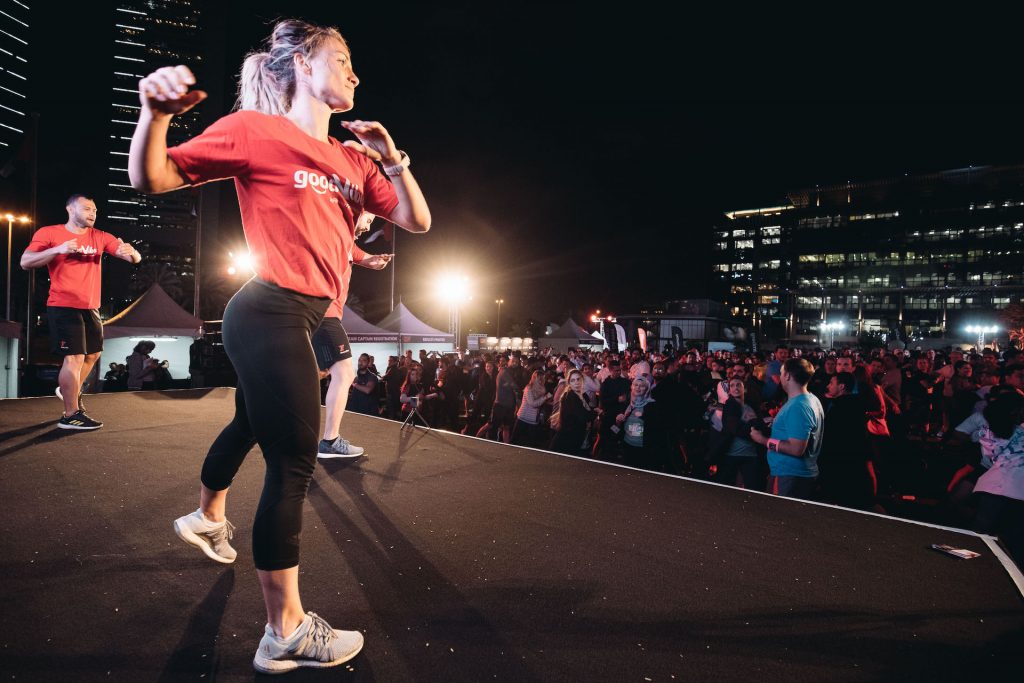 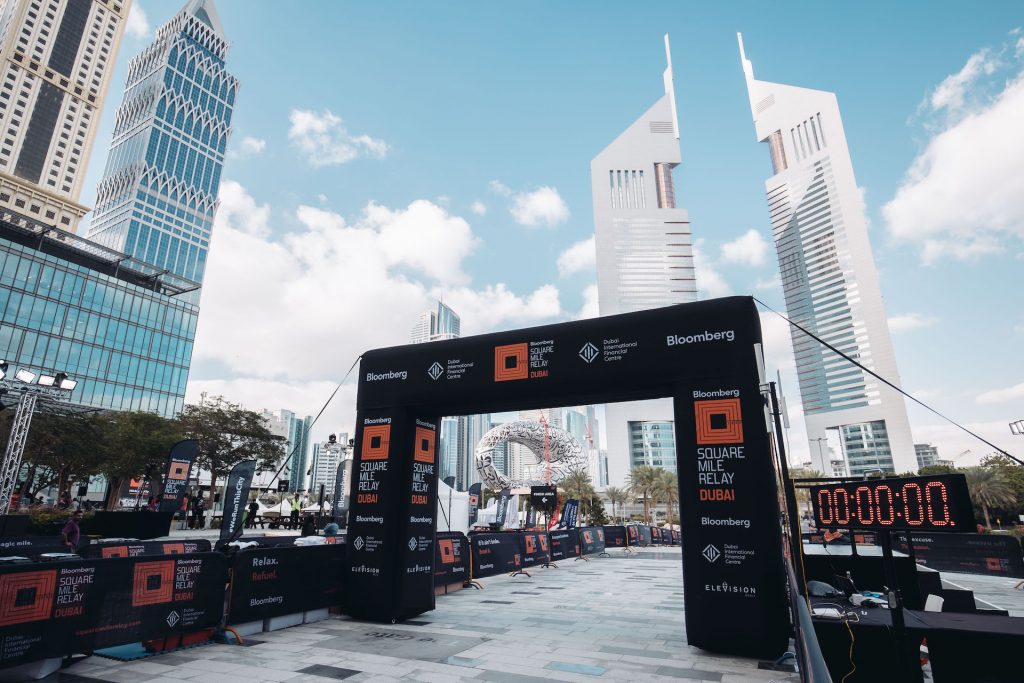 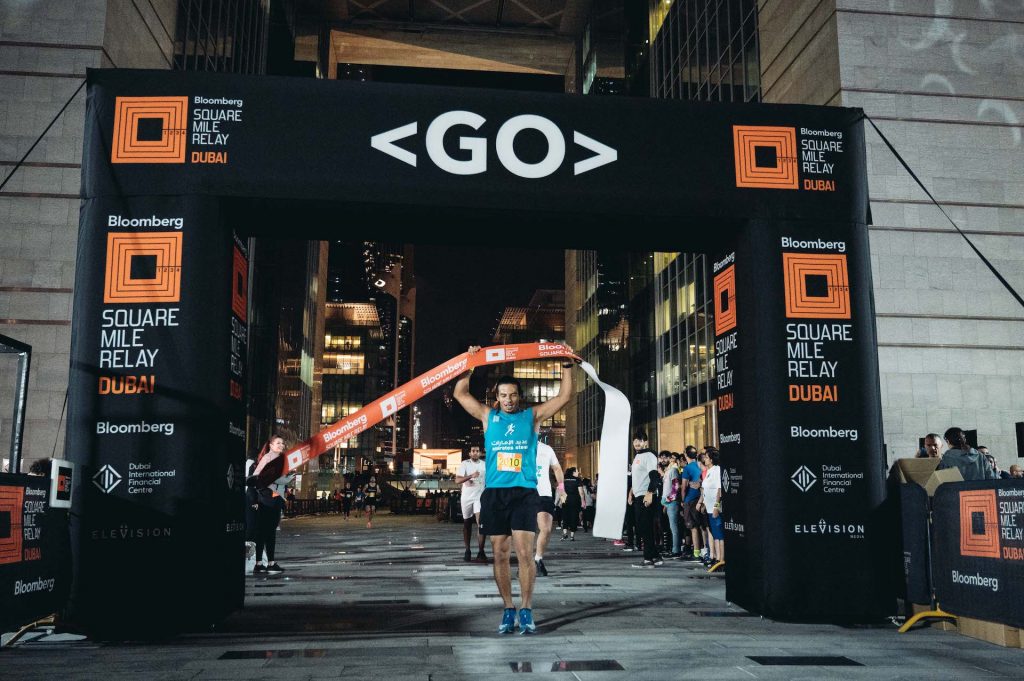 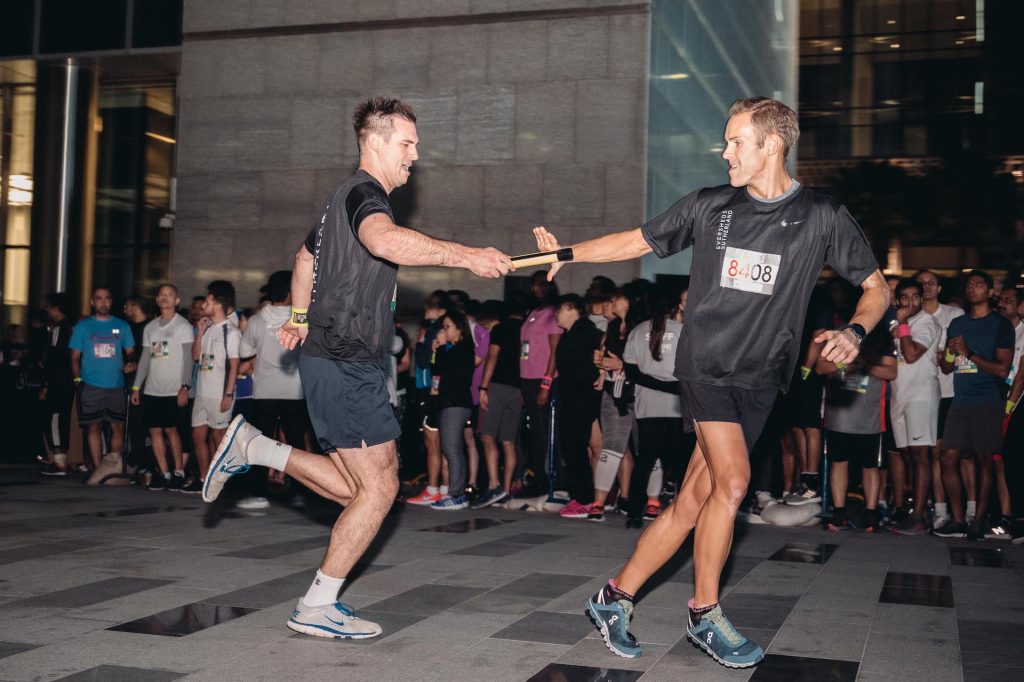 The Extra Mile helps participants of the Bloomberg Square Mile Relay contribute to their city in a bigger, better way.

The cause with the quickest average time wins the donation and these funds will be used to address the winning cause. All those who took part in the 2020 race you went The Extra Mile for our charity partner, Emirates Red Crescent. 25% of your team entry fees contributed to the total donation of AED 123,290 that will help fund a year-round project based on the winning cause – Disaster Relief.